by Dennis Estep, DO, MPH, FACOEM

Truck drivers are often warned about the health risks that could potentially affect their time behind the wheel, such as exhaustion, diabetes, and even high cholesterol. But another issue that should also be of concern to drivers is a medical condition the Federal Motor Carrier Safety Administration (FMCSA) says at least 28 percent of commercial drivers suffer from: sleep apnea. Research reveals that drivers with unmanaged sleep apnea could pose as much risk on the road as an intoxicated driver.

Through a three-part series, we will examine this condition, its risks to commercial drivers and stories from behind the wheel. 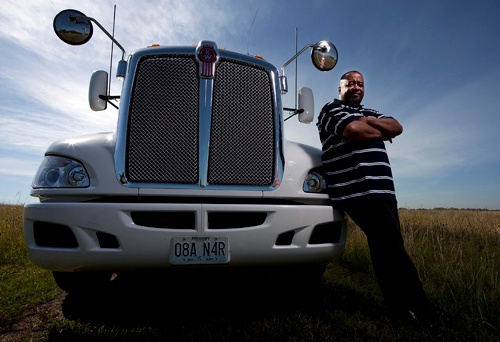 Sleep apnea occurs when the upper airway becomes narrow or even closes during sleep. Breathing is repeatedly interrupted and one can actually stop breathing for up to ten seconds at a time, resulting in sleep deprivation and excessive daytime tiredness. There are two different forms of the disorder: obstructive sleep apnea—the most common—occurs when muscles in the back of the throat fail to keep the airway open, and central sleep apnea, in which breathing is not properly controlled by the brain.

So, what causes sleep apnea and how do you know if you suffer from it? Generally, daytime sleepiness does not automatically point to the condition because poor sleep can be caused by a number of factors. Sleep apnea symptoms may include chronic snoring, excessive sleepiness, depression, high blood pressure and difficulty concentrating. The National Sleep Foundation notes these symptoms can be common for a variety of conditions, and the only way to receive an accurate diagnosis is by discussing your concerns with a healthcare professional.

Sleep apnea can occur among all age groups and in both genders, but there are certain physical, environmental and genetic factors that can increase the probability of developing the condition, including:

Want to learn more about your sleep habits and how they impact your health? Visit this website and consult with your healthcare provider for additional information: How’s Your Sleep?

The second installment in this series we will discuss screening and treatment options, as well as how the Department of Transportation is including sleep apnea in their driver compliance requirements.