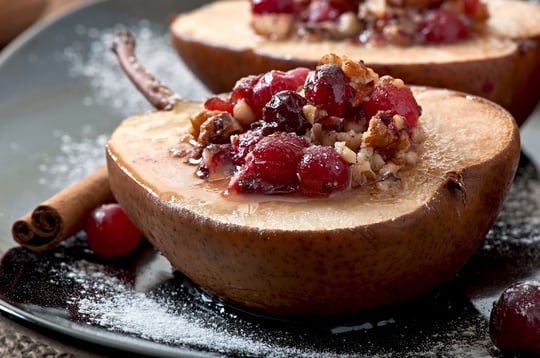 Let’s face it – this time of year is all about deliciously rich desserts. From holiday cookies to assorted pies, it’s tough to stay healthy when you’re surrounded by tasty, calorie-filled treats. The following recipe helps solve that problem. Introducing Festive Baked Pears, a dessert that is easy to make and lets you have your dessert and eat it too!

This recipe will take you only five minutes to make, and promises to impress while satisfying your holiday sweet tooth!