Tips from Tim: Avoiding Overconfidence on the Road

Winter is no longer fast approaching – it’s here! With the new season and its less-than-ideal weather conditions comes a new saying I hear all too often: “It’s not me I am worried about on the road, it’s the other guy.” Overconfidence is a well-established bias in which a person's subjective confidence in his or her judgments is reliably greater than the objective itself.

At one point or another, we all have the tendencey to be overly-confident - while taking an exam, playing a competitive sport, etc. But, consider the following facts:

This winter, don’t fall into the trap of becoming an overconfident driver – you may run the risk of missing the mark 20-40% of the time.

I have personally experienced my own overconfidence, and how it can backfire. Here’s an anecdote:

Many years ago, I was driving my truck in the freezing rain. I had just received the green light at the St. Clair scales in Missouri and I was easing along.

I looked in my mirror where I saw a car a little ways behind me, and another set of headlights coming up the hammer lane at a fair clip. The car in the left lane was a Jeep, just passing me, but suddenly, we were face-to-face. She had spun out right in front of me on a curve. I tried to slow down, but we ended up colliding. Luckily, everybody was okay and the damage minimal.

I know that I left my house that morning not expecting that I would be involved in an accident, and I am sure the driver of the Jeep felt the same way. 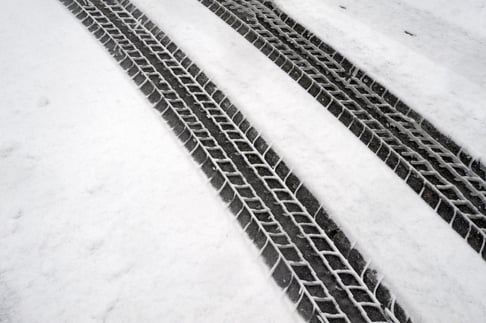 Lesson learned: I will never think “It’s not me I am worried about on the road, it’s the other guy” again. Let’s all replace our overconfidence with cautiousness and keep ourselves and everyone else on the road safe this winter.